Let’s get the maximum energy back

Each of us puts a great amount of energy and effort into a variety of products. The energy we put in then remains in these products for the whole of their life cycle, even once we’ve declared them to be waste and can find no other use for them.

At C-Energy Group, we therefore believe that the optimal solution is to get the maximum amount of energy back from otherwise unusable products and to put it to further use. Thanks to advanced technologies, there is no need to pay for the landfilling of unrecyclable products.

Waste-to-energy plants are nothing to be afraid of. Below you will find answers to the most frequently asked questions about waste-to-energy: 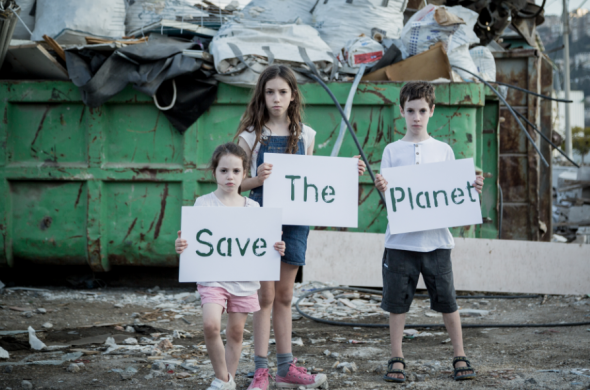 Study of waste recovery and treatment options in the Tábor region

How is waste managed in the Tábor region? How much do households and businesses produce in our area, how much will they produce in the future, and what should be done with it?

These are also important questions when we are looking at the options for recovering energy from waste. In planning its projects, C-Energy Planá draws on a specialist study made by experts from the Brno University of Technology. This study was prepared in 2016 as part of the project activities of the Competence Centre of the Technology Agency of the Czech Republic (with a subsequent update in May 2019). It gives a detailed, fact-based assessment of the waste-to-energy (WTE) options in the Tábor region. We have put this specialist study online for interested members of the public and professionals:

What’s the best way to manage waste: landfilling, sorting or in energy recovery?

The best waste is the waste that isn’t produced at all. But thinking that we’ll be able to live as we do today without producing waste is a utopian dream. So what can we do with all this waste that’s going to be generated one way or another?

The ideal option is always to recycle and reuse it. But even sorting and recycling have their limits, and there’s no rational way to reuse some types of waste. Local authorities, which are responsible for the waste produced on their territory, basically have two options available to them:

Why do we have to address the future of waste management right now? After all, landfilling works fine.

Landfilling is a long-used, but by no means optimal way of managing waste, so gradually putting a stop to it is something that’s been talked about for a long time now. Even though in 2019 the original deadline for a ban on municipal waste landfilling was postponed by the government from 2024 to 2030, that still leaves very little time to address this pressing issue and develop new ways to manage waste.

The key measures used to increase the recycling of municipal waste (as new EU legislation set a target of 65% by 2035) are a progressive rise in the fee for landfilling mixed municipal waste – from the current CZK 500 to CZK 1,850 per tonne in 2030 – along with a ban on the landfilling of recoverable waste starting from 2030.

The conditions for future waste management have therefore been set, and local authorities or residents face higher waste management costs – we can’t rely on any more extensions of the deadlines. If local authorities want to be prepared, they need to start acting. If they don’t, residents could end up paying many times more for their bins in the future than they do today.

Why should our region in particular have a waste‑to‑energy (WTE) plant?

It used to be that a WTE plant had to be large to be economically viable. But large WTE plants have a number of downsides:

Given all the downsides listed above, experts believe that a better solution, thanks to advances in technology, is to build more smaller-scale WTE plants closer to the sources of waste. Waste is then processed as near as possible to its point of origin, there is no need to transport it anywhere, the construction costs are lower... and it is easier to make rational use of the energy produced.

This modern approach is also envisaged in the current Waste Management Policy of the South Bohemian Region, where sites in České Budějovice, Planá nad Lužnicí and Písek have been marked for WTE plant construction.

What would the Planá nad Lužnicí WTE plant look like? Should residents be concerned?

As residents, we have to recognise that the worst case scenario would be where local authorities are not sufficiently prepared for the end of landfilling. The outcome of that could be a rapid rise in municipal waste collection fees, and a drain on municipal budgets in order to manage waste, instead of investing those funds in education and infrastructure, for example.

However, it’s clear that we’re just at the very beginning with discussions about the possible construction of a WTE plant in Planá nad Lužnicí. But it’s also clear that Tábor, Sezimovo Ústí and Planá nad Lužnicí, along with their nearby towns and villages, must rapidly find a solution for how they will dispose of waste after 2030.

The C-Energy Group is ready to talk with local authorities about how it can potentially assist with the rational recovery of non-recyclable and municipal waste. It’s important to point out right away, though, that we don’t want to build a “large” WTE plant in Planá nad Lužnicí, like those in Prague, Brno or Plzeň. We don’t want to bring in waste from all over the Czech Republic or abroad.

We’re aware of our responsibility. If waste from our towns is to be used in energy recovery, this must be done in Planá nad Lužnicí, and we’re ready to invest money to ensure that the most modern technologies available are installed (which, incidentally, we have recently shown during our complete modernisation of the CHP plant in Planá nad Lužnicí).

Residents needn’t worry about any increase in environmental pollution if the facility is a modern waste-to-energy plant: